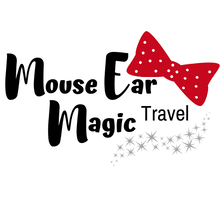 When is the best time to visit Walt Disney World®

When you finally make the official decision to take a Walt Disney World vacation, most typically, the next deciding factor is when is the best time to visit. That is a very good question. Walt Disney World is one of the top vacation destinations in the world and typically stays busy all year round but their are key months and seasons in which the crowd levels are not so bad.

Most people tend to plan a vacation during the Summer months, especially if traveling with small children. Keep in mind however, this is one of the most crowded and hottest times to visit Florida and Walt Disney World. During the holidays such as Christmas is another very popular and crowded time of year to visit but it is also one of the best.

Even though their are what we call Value seasons when it is less crowded and the price might be lower to peak seasons where the parks are packed to capacity at times and the prices are higher; the more crowded times especially during the holidays are truly some of the best times to visit Walt Disney World.

December is not only a very busy time but it is also one of the best times to visit Walt Disney World; from the Very Merry Christmas Party at Magic Kingdom to the Osborne Lights and Hollywood Studios and the Holidays around the World at Epcot that includes the Candlelight Processional, one can not help but want to put a Walt Disney World vacation on their Christmas list. One thing to put on your Disney bucket list; seeing Cinderella's Castle all aglow during the holidays!

Also keep in mind that the weekends always tend to be the most crowded at the theme parks. This is not only due to the Disney Resort Guest in Florida on vacation but the regular residents of Florida tend to visit the parks on the weekends as well rather than during a work week. Also, during the summer months, weekends are especially crowded due to school being out and many taking summer vacations.

Tip: If you are staying on Disney Property, remember that the hours between 1-4pm are the busiest time in the parks so head back to your resort for a nap, lunch or even to swim and rest up for the evening park entertainment while the parks are bustling with crowds.

The chart created below is bases off of historic trends to Walt Disney World Resort and with that said, it is very hard to pinpoint when the most and least crowded times to visit will be but this will help in giving you a general overall idea and help you when planning your magical vacation.

To break it down for you:
The least crowded times to visit - this typically will mean that the crowd levels are low and the lines and wait times are manageable and most can be visited without a long wait.

Average attendance times - during this time, the parks will have a crowd but it is within reason and most can manage with it. 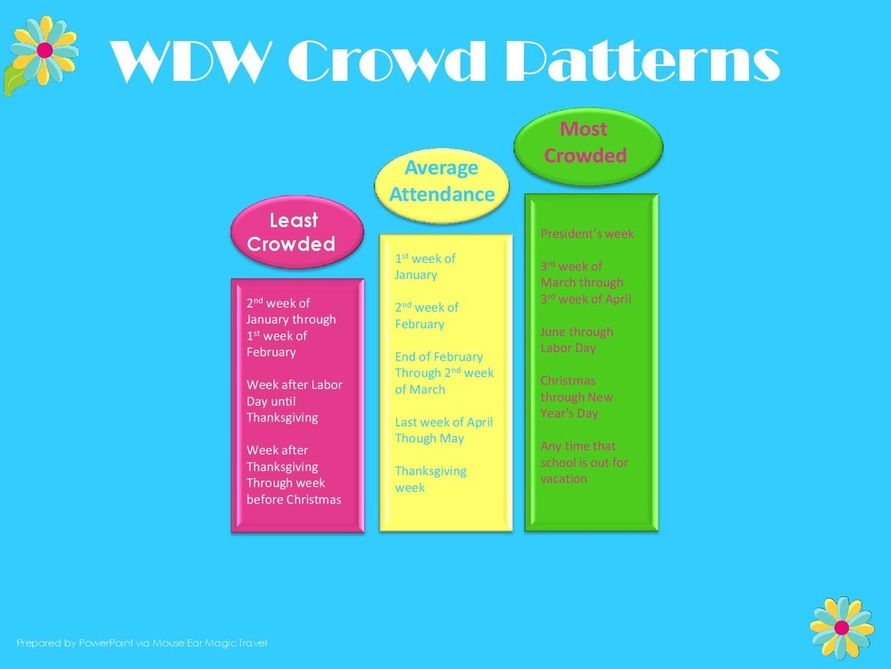